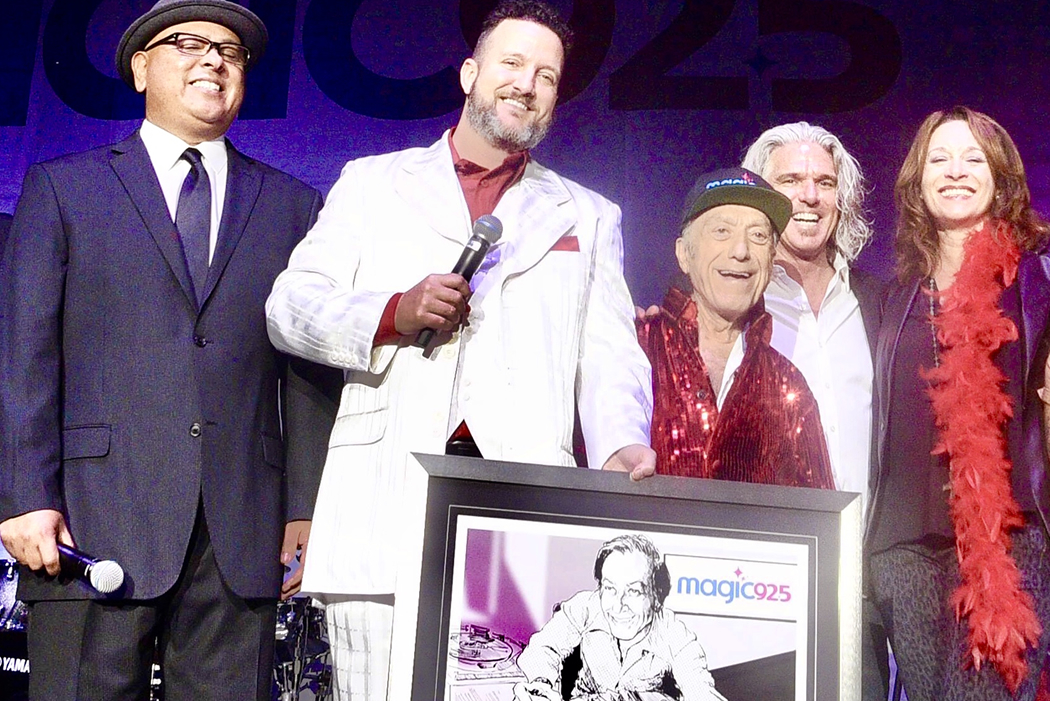 The award, presented in front of an audience of over 6,000, celebrates 75 continuous years of staying active in radio broadcasting for Laboe, and recognizes the many achievements over his career.  Laboe was one of the first DJs to play Rock N Roll on the West Coast, one of the first to do dedications on the radio, coining and trademarking the phrase “Oldies but Goodies.” Laboe still broadcasts on Magic 92.5 weekly, as well as on over a dozen other radio stations throughout California and the West Coast. The entire Magic 92.5 on-air staff joined Laboe on stage, surprising him in-between acts at the stations Valentine’s Love Jam concert. Art Laboe said, “What an honor to receive the first ever Magic 92.5 Lifetime Achievement Award. Great to have the entire Magic 92.5 team in the house! Thank you all, especially my good friend R Dub!” R Dub! said, “Art Laboe is nothing short of a living legend. Art is adored and revered by both his listeners and the radio community and has certainly been an inspiration for me and Sunday Night Slow Jams.” “I enjoy and appreciate the time I spend with Art more and more each year,” said R Dub! The older I get, the more I’m fascinated by Art. Not just his career in radio, but the man behind the music. He has truly seen it all and I love all of his stories.” The Envelope Please
The team at Magic 92.5 have been working on Laboe’s award presentation since last year. A two-minute video recapping Art’s life and accomplishments played over the arena’s big screens, with images of Art Laboe from the 40s til today, alongside greats like Jerry Lee Lewis, Dick Clark and Little Richard. The crowd’s eyes were fixated on the black and white images of Art from the past, as the audience looked on with astonishment and admiration. When the video ended, spotlights lit up a stage lined with the entire Magic 92.5 staff: air personalities from every day part–from the drive times to weekends and overnights–station mixers and even the hosts of every syndicated program that airs on the station, including Greg Mack from The Greg Mack Show and Rick Nuhn from Top Ten Now and Then. All eyes on Art Laboe. Family Affair
“It was important that everyone be there,” said R Dub! “I knew this would be a special and historic moment, for both Art and his listeners, and us, the staff. I didn’t want anybody to miss it.”

“It takes a special person who, for 75 years, can connect on such a personal level with his listeners,” said Kristi from Magic 92.5’s Jagger and Kristi morning show. “Art Laboe is the gold standard of what a radio personality should be, both on and off the air.” 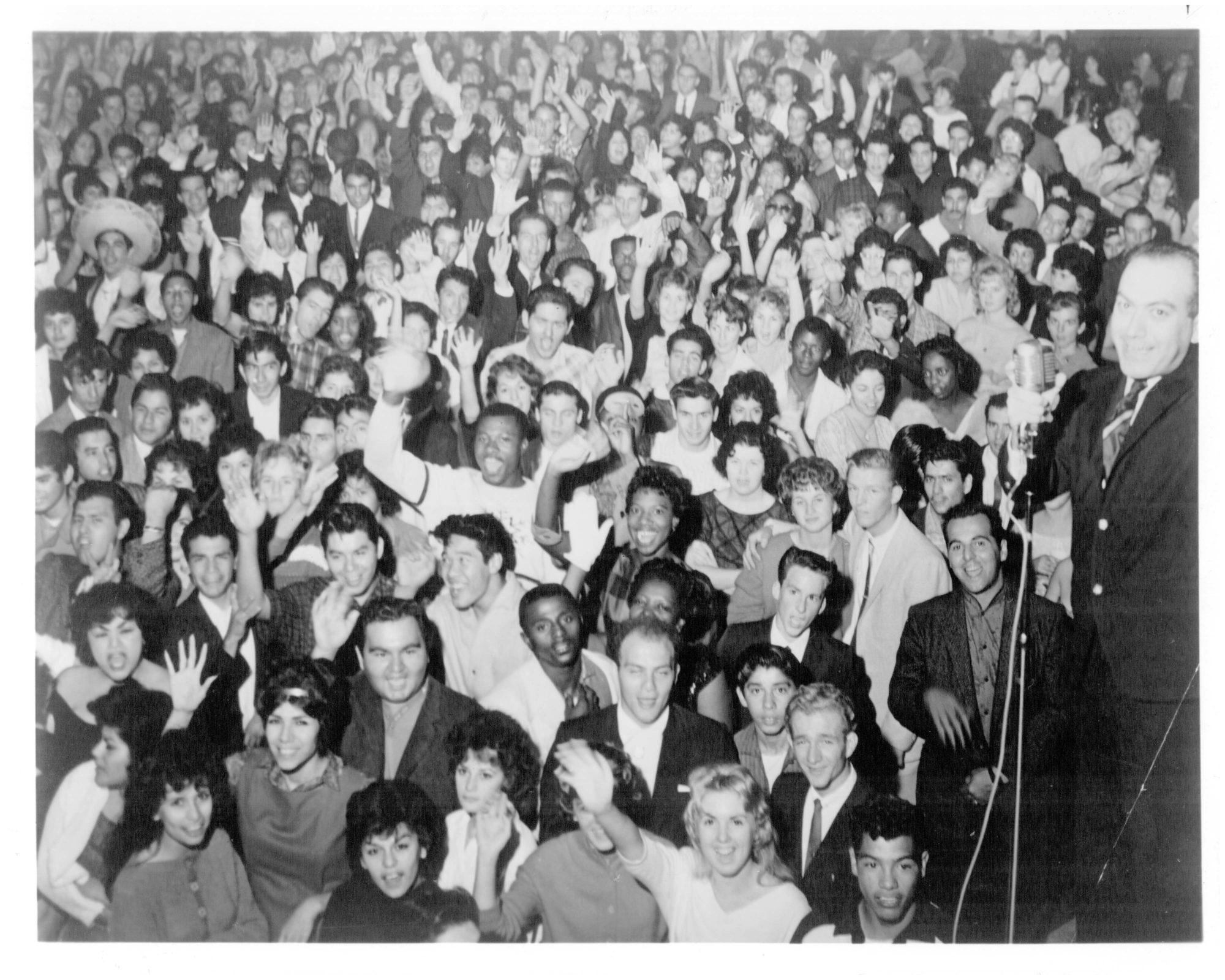 Fellow oldies lover and dedication DJ Xavier “The X-Man” said, “It’s truly an honor to work with this radio pioneer who gives so much to his audience through radio, records and concerts. He has been a part of my life since I discovered his ‘Oldies But Goodies’ records in my Mother’s collection. Who knew that one day Id have the chance to work alongside this legend and help keep this music alive on the radio for generations?” 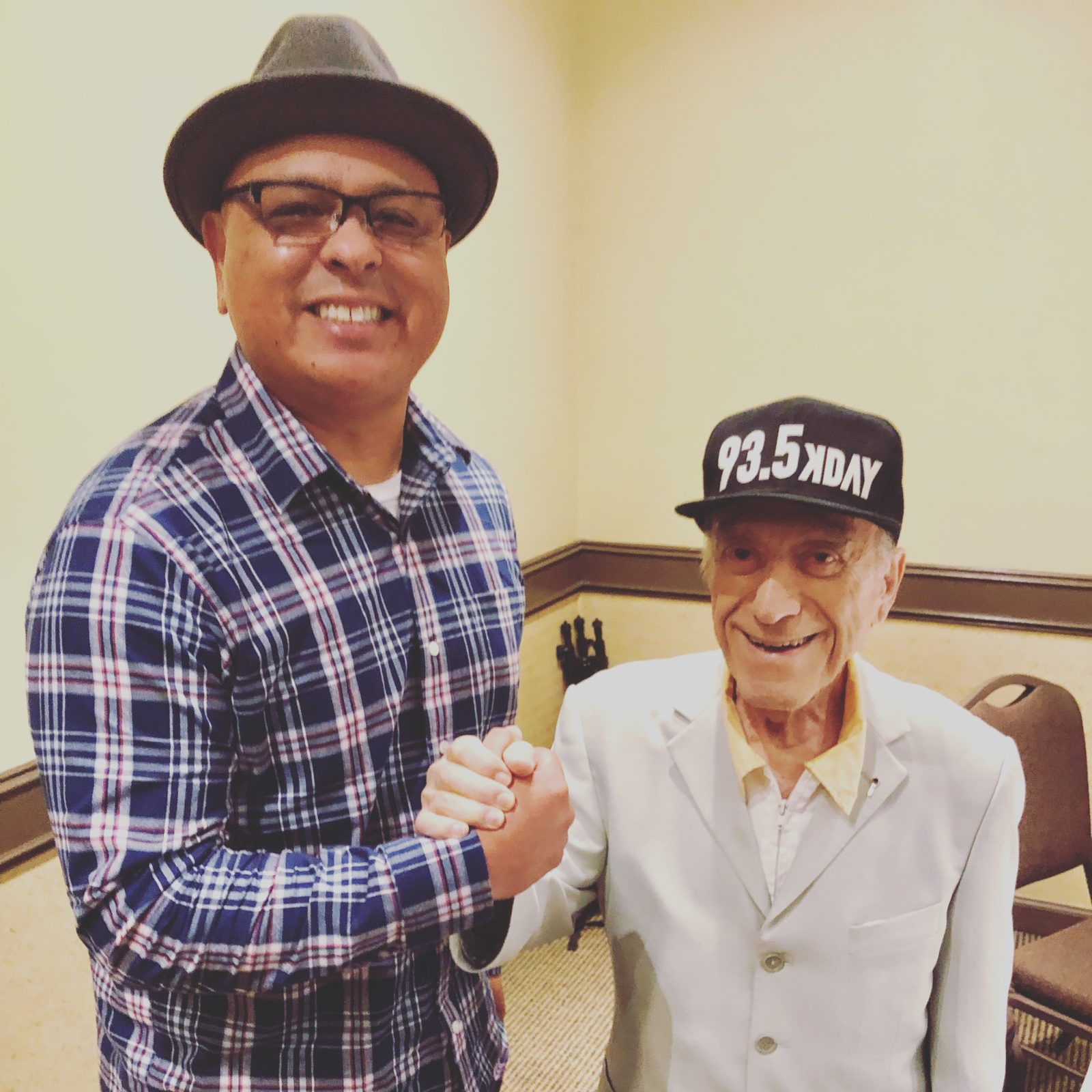 Laboe’s other awards include a star on the Hollywood Walk of Fame, induction into the National Radio Hall of Fame in 2012, and Art Laboe Day was declared by the City of Los Angeles twice, in 1981 and again in 2015.