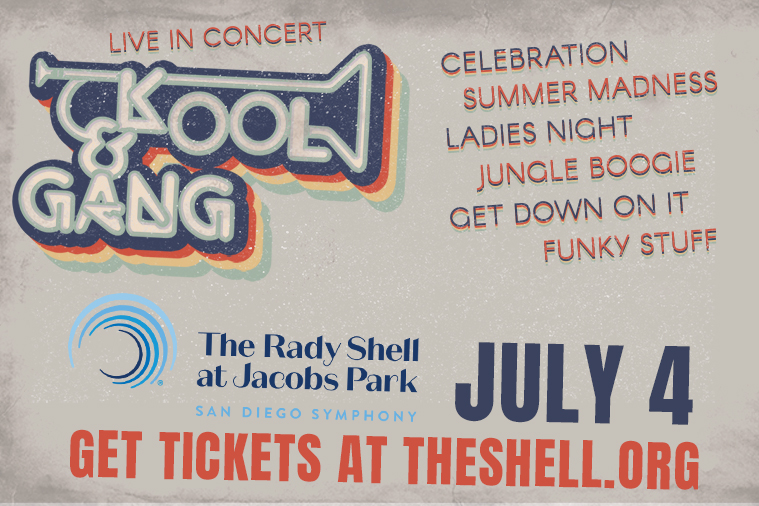 Sign up below for your chance to see Kool & the Gang, the band that influenced music for three generations. Live on the fourth of July, on the San Diego Bayfront at The Rady Shell at Jacobs Park. Win a table for four in The Rady Shell’s Marina section and enjoy a front-row seat for California’s Largest Fireworks Show—Big Bay Boom – immediately following the concert.

Must be 18+ to enter. Must be a San Diego resident.

For ANOTHER chance to win, enter our social media contest over on our Facebook page. Just click HERE and look at our PINNED POST to find out how to enter!